The demo room consonance, Height:Width:Length, plays an integral part and accordingly the dimensions of 8’4’’ in height, 13’9’’ in width and 22’ feet in length have been considered to extort maximum distribution of nodal points or room axial modes. In simple terms, the room proportions have been chosen to circumvent common axial nodes across the parallel surfaces of the room.  An ideal Height:Width:Length ratio of 0.6:1:1.6 is measured to deliver the least common displacement of nodes and antinodes between the ceiling and floor, screen wall and the opposite wall and parallel right and left wall resulting in lower standing wave problems.

The room modes represent the accumulation of resonances that amp up when the room is excited by an acoustic source such as a loudspeaker. These resonances influence the low frequency and low to mid frequency response of a sound system in the room interfering with accurate sound simulation. The nodes and antinodes of these standing waves affect the intensity of the particular resonant frequency being altered at different locations of the room. These standing waves act as a provisional storage of acoustic energy as they take a finite time to both build up and dissipate even after the sound energy source has been removed. This room ensures that multiple room resonances are not at similar frequencies. For example a cubic room would exhibit three resonances at the same frequency.

The Room has been panelled with 25 mm dia perforated Mdf panels of 12 mm thickness. The idea of restricting the thickness of the panels to 12 mm is to make them work as diaphragmatic absorbers as they are mounted on a grid of 2 x 2 feet wood members and 4’’ deep loaded with rockwool of 48 kg/m3 density. The design is to be absorbtive on the sub 500 hz frequency range. The absorbant wool has also been placed loosely to allow diaphragmatic resonance of the Mdf panel.  It is always a challenge to absorb frequencies below 200 hertz as effective absorbtion happens only if the thickness of the absorber is atleast one-quarter the wavelength of the resonant frequency. The ceiling has been designed with acoustically transparent cloth loaded with wedged and flat abosrtion panels of more than 8” thickness. The ceiling also has diffusors placed at strategic points. The weakening of the axial modes between the ceiling and the roof is a significant advantage in this room given that the width:length of the room is 1:1.6 and hence has less overlapping axial modes along the width and length of room.

The screen wall is a baffle wall 2’ away from the concrete wall and was decided to be so for the follwing reasons:
1. The room had be reduced to 22’ from 24’ as the width of the room is only 13’9” and a length of 24 feet would have materialised in the width:length ratio of 1:1.8 which is not a good ratio as compared to 1:1.6 with 22’ length
2. The baffle wall with a thickness of 4” also acts as broad spectrum absorber . Openings in the bafffle wall behind the screen also help in reducing standing waves
3. The front and center speakers can be concealed as in wall speakers.
4. The rear wall behind the seats is also a pseudo wall with acoustically trasparent cloth with diffusor pyramids of 15” depth to not limit diffusion to mids and highs alone. 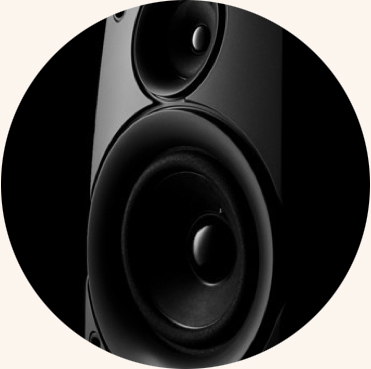